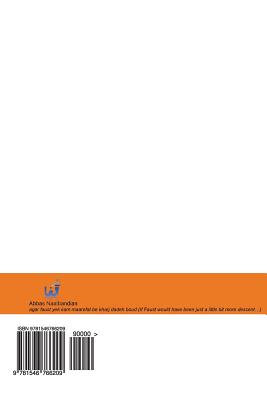 
Not On Our Shelves—Ships in 1-5 Days
(This book cannot be returned.)
agar faust yek kam maarefat be kharj dadeh boud (If Faust would have been just a little bit more descent...), first published in 1969, is an avant-garde drama, written by the celebrated Iranian playwriter Abbas Naalbandian.
Abbas Naalbandian(also Nalbandian, 1947 - 28 May 1987) was an Iranian playwriter, who wrote several absurdist plays in the 1960s and 1970s. His plays had very long and strange names. For example, his first play was "A deep, big and new research about fossils of 25th genealogy period, or 20th, or any other period, there is no difference" (1966 ). Naalbandian was under the effects of European absurdist theater and he tried to bring new ideas and methods from European drama into Iranian drama. He committed suicide on 28 May 1987. He recorded his voice at the time of dying.