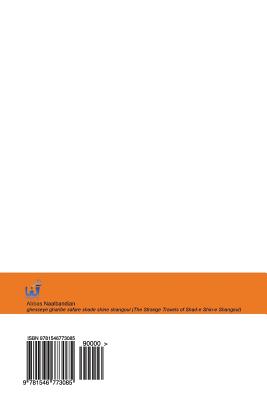 
Not On Our Shelves—Ships in 1-5 Days
(This book cannot be returned.)
ghesseye gharibe safare shade shine shangoul (The Strange Travels of Shad-e Shin-e Shangoul), first published in 1972, is an avant-garde drama, written by the celebrated Iranian playwriter Abbas Naalbandian.
Abbas Naalbandian(also Nalbandian, 1947 - 28 May 1987) was an Iranian playwriter, who wrote several absurdist plays in the 1960s and 1970s. His plays had very long and strange names. For example, his first play was "A deep, big and new research about fossils of 25th genealogy period, or 20th, or any other period, there is no difference" (1966 ).