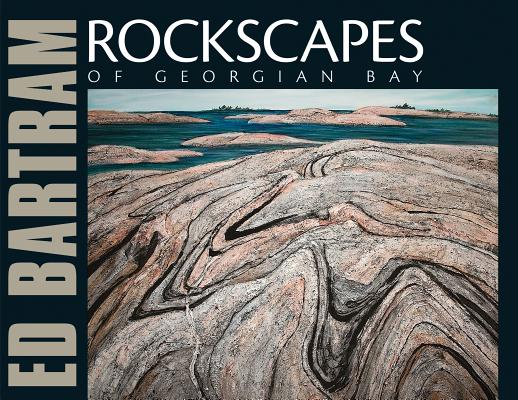 Here in his own words, is why artist Ed Bartram paints with the geological exactitude and passion that have made his artwork famous.

Ed Bartram, printmaker, photographer and painter, has a special vision of Georgian Bay that has captivated his imagination for over half a century. Since the early 1970s he has transformed this vision into a series of graphic images that reflect the land and particularly the rock face of this region of Canada's Precambrian Shield; works that are powerfully and often luxuriously physical, but have an abstract dimension with richly colored and textured surfaces. In finding his own interpretation of the "Thirty Thousand Island" landscape made iconic by the Group of Seven, he has had to display great ingenuity in finding a new theme in the old. His work reminds us, in a forceful way, of the unique power of the area, even before it was held up for serious consideration in a work of art.

Bartram writes of his own work: "Rather than using the traditional landscape composition of the Group of Seven, I often take a more intimate viewpoint where the rock surface itself becomes the subject of the work of art. Within the structure of the rock, I find patterns which become abstract landscapes themselves and capture the essence of the windswept north."

Artist Ed Bartram has spent his lifetime documenting the rocks and scenes of Georgian Bay.