The Politics of Heroin: CIA Complicity in the Global Drug Trade (Paperback) 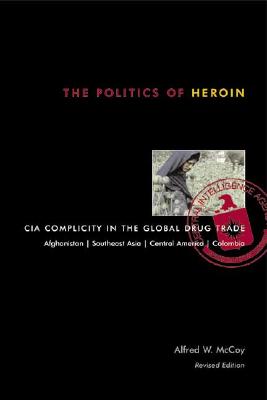 The Politics of Heroin: CIA Complicity in the Global Drug Trade (Paperback)


Not On Our Shelves—Ships in 1-5 Days
(This book cannot be returned.)
The first book to prove CIA and U.S. government complicity in global drug trafficking, The Politics of Heroin includes meticulous documentation of dishonesty and dirty dealings at the highest levels from the Cold War until today. Maintaining a global perspective, this groundbreaking study details the mechanics of drug trafficking in Asia, Europe, the Middle East, and South and Central America. New chapters detail U.S. involvement in the narcotics trade in Afghanistan and Pakistan before and after the fall of the Taliban, and how U.S. drug policy in Central America and Colombia has increased the global supply of illicit drugs.
Alfred W. McCoy is a professor of history at the University of Wisconsin–Madison. He holds a doctorate in southeast Asian history from Yale University and is the recipient of the 2001 Goodman Prize from the Association for Asian Studies. He lives in Madison, Wisconsin.