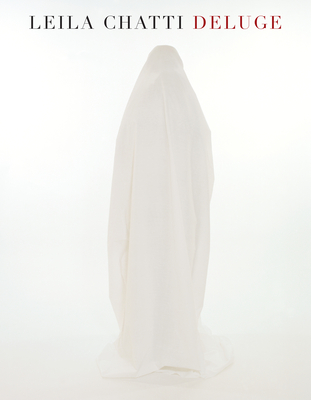 
Not On Our Shelves—Ships in 1-5 Days
"To write a series of poems out of extreme illness is a bracing accomplishment indeed. In Deluge... Leila Chatti, born of a Catholic mother and a Muslim father, brilliantly explores the trauma. --Naomi Shihab Nye, The New York Times In her early twenties, Leila Chatti started bleeding and did not stop. Physicians referred to this bleeding as flooding. In the Qur'an, as in the Bible, the Flood was sent as punishment. The idea of disease as punishment drives this collection's themes of shame, illness, grief, and gender, transmuting religious narratives through the lens of a young Arab-American woman suffering a taboo female affliction. Deluge investigates the childhood roots of faith and desire alongside their present day enactments. Chatti's remarkably direct voice makes use of innovative poetic form to gaze unflinchingly at what she was taught to keep hidden. This powerful piece of life-writing depicts Chatti's journey from diagnosis to surgery and remission in meticulous chronology that binds body to spirit and advocates for the salvation of both. Chatti blends personal narrative, religious imagery, and medical terminology in a chronicle of illness, womanhood, and faith.
Leila Chatti is a Tunisian-American woman from East Lansing, Michigan. Born to a Catholic mother and Muslim father, Chatti's life has been greatly impacted by religion and poetry. She has published two chapbooks: Ebb is included in Akashic Books' 2018 New Generation of African Poets: A Chapbook Box Set, and Tunsiya/Amrikiya was the 2017 Editor's Selection from Bull City Press. She has received multiple scholarships, grants, and awards, including the 2015 Academy of American Poets University Prize, an Artist in Residence Grant through the Helene Wurlitzer Foundation of New Mexico, and recognition in Narrative Magazine's 30 Below 30. Chatti's work was shortlisted for the 2017 Brunel International African Poetry Prize. Chatti currently lives in Cleveland, Ohio, where she is the inaugural Anisfield-Wolf Fellow in Publishing and Writing at Cleveland State University.