The American Flag: A Handbook of History & Etiquette (Hardcover) 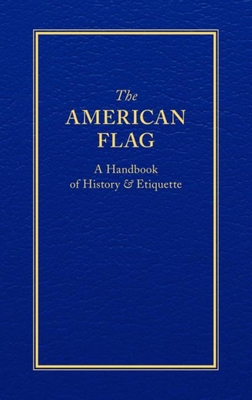 The American Flag: A Handbook of History & Etiquette (Hardcover)


Not On Our Shelves—Ships in 1-5 Days
This handsome guide to the American flag is a concise collection of the history and etiquette of the U.S. flag in an elegant hardcover edition. The book includes details of the laws relating to the U.S. flag as described in the United States Code, information about the Pledge of Allegiance and Flag Day, a guide to flag presentation and care, and a timeline of flag history--noting the date each state was added to the union.
Applewood Books, publishers of America's living past, was founded in 1976. Since then, the company has published over 5,000 works, of which they've sold many millions of individual copies. Applewood's mission is to build a picture of America and American culture through primary sources. Among Applewood's best-selling titles are the "Books of American Wisdom," which include reprints of important American documents, essays, speeches, and poems.