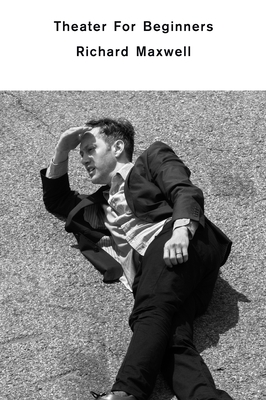 
Not On Our Shelves—Ships in 1-5 Days
One of the strongest directors out there--an artist committed to making us see the world for what it is. -- New Yorker Maxwell belong s] to the top tier of avant-garde auteurs in New York. -- Jason Zinoman, New York Times Richard Maxwell looks at the world with X-ray eyes. Watching the plays of this rigorously inventive auteur, we are encouraged to see the plasterboard behind the wallpaper, the skin under the greasepaint and the skulls beneath the skin.-- Ben Brantley, New York Times With his ongoing exploration into actor behavior and an ever-innovative body of work, Richard Maxwell has written a study guide to the art of making theater. This illuminating volume provides a deeper understanding of his work, aesthetic philosophy, and process for creating theater. Richard Maxwell is a director and playwright and the artistic director of New York City Players. Maxwell's plays have been commissioned and presented in over 20 countries. He is a Doris Duke Performing Artist. Maxwell has been selected for a Guggenheim Fellowship, two OBIE Awards, a Foundation for Contemporary Arts Grant, and he was an invited artist in the Whitney Biennial (2012). Maxwell is the recipient of the 2014 Spalding Gray Award.