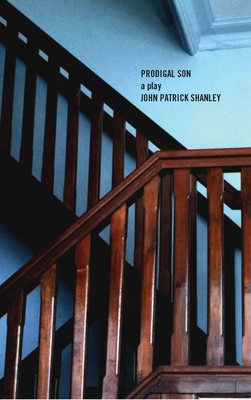 
Not On Our Shelves—Ships in 1-5 Days
A keen, passionate portrait of the author as a poetry-spouting romantic punk torn between literary dreams and his roots in the Bronx... Prodigal Son is pure, splendid Shanley: shaggily idealistic and always scratching a philosophical itch underneath jokes and banter. -- Davide Cote, Time Out New York "Shanley chooses characters stretched to the breaking point between rage and love... His are characters of obsessive passions who match those passions with hyper-melodic language." --BOMB magazine When a troubled but gifted boy from the South Bronx arrives at a private school in New Hampshire, two faculty members wrestle with how to help him adjust to his new environment. The boy is violent, brilliant, alienated, and on fire with a ferocious loneliness. As with his Pulitzer Prize-winning play, Doubt, John Patrick Shanley has drawn on his personal experiences to create an explosive portrait of a young man on the verge of either salvation or destruction. John Patrick Shanley is the author of Doubt, a parable (Pulitzer Prize for Drama, Tony Award for Best Play), Outside Mullingar (Tony nomination for Best Play), Defiance, Storefront Church, Danny and the Deep Blue Sea, and Dirty Story, among many other plays. He wrote the teleplay for Live from Baghdad (Emmy nomination for Outstanding Writing of a Miniseries, Movie or Dramatic Special) and the screenplays for Congo, Alive, Five Corners, Joe Versus the Volcano, Doubt, a parable (Academy Award nomination for Best Adapted Screenplay) and Moonstruck (Academy Award for Best Original Screenplay).

John Patrick Shanley is from the Bronx. His plays include Danny and the Deep Blue Sea, Savage in Limbo, the dreamer examines his pillow, Four Dogs and a Bone, Beggars in the House of Plenty and Dirty Story. His trilogy Church and State began with Doubt, and continued with Defiance and Storefront Church. For his play Doubt, Mr. Shanley received both the Tony Award and the Pulitzer Prize. In the arena of film, he has nine films to his credit, most recently Doubt with Meryl Streep, Philip Seymour Hoffman, Amy Adams and Viola Davis. Doubt, which he also directed, was nominated for five Academy Awards including Best Adapted Screenplay. Other films include Five Corners (Special Jury Prize, Barcelona Film Festival), Alive, Joe Versus The Volcano (which he also directed) and "Live From Baghdad" for HBO (Emmy nomination). For his script of Moonstruck, he received both the Writers Guild Award and the Academy Award for Best Original Screenplay. The Writers Guild of America awarded Mr. Shanley the 2009 Lifetime Achievement Award in Writing.