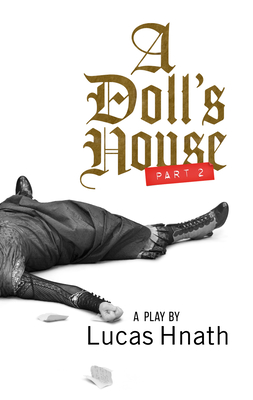 "Smart, funny and utterly engrossing...This unexpectedly rich sequel reminds us that houses tremble and sometimes fall when doors slam, and that there are living people within, who may be wounded or lost...Mr. Hnath has a deft hand for combining incongruous elements to illuminating ends." --Ben Brantley, New York Times

It has been fifteen years since Nora Helmer slammed the door on her stifling domestic life, when a knock comes at that same door. It is Nora, and she has returned with an urgent request. What will her sudden return mean to those she left behind? Lucas Hnath's funny, probing, and bold play is both a continuation of Ibsen's complex exploration of traditional gender roles, as well as a sharp contemporary take on the struggles inherent in all human relationships across time.

Lucas Hnath's plays include Hillary and Clinton, Red Speedo, The Christians, A Public Reading of an Unproduced Screenplay about the Death of Walt Disney, Isaac's Eye, and Death Tax. He is the recipient of numerous awards, including the Kesselring Prize, a Guggenheim Fellowship, the Whiting Award, an Outer Critics Circle Award, the Steinberg Playwright Award, an Edgerton Foundation New Play Award, an Obie Award, and the Windham-Campbell Prize for Drama. He is a resident playwright at New Dramatists, a member of Ensemble Studio Theatre, and a New York Theatre Workshop Usual Suspect.