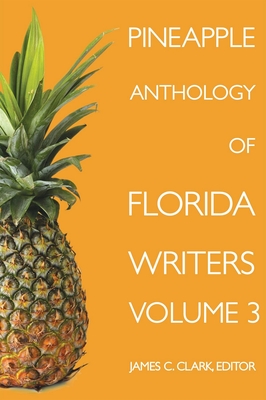 This is book number 3 in the Pineapple Anthology of Florida Writers series.

This third, and final, volume in the Pineapple Anthology of Florida Writers includes Samuel Coleridge and Oliver Goldsmith, who never saw Florida, but used it in their poems. Several writers, such as Henry James and William Dean Howells, helped expose Florida to the nation. H. L. Mencken reported on the aftermath of the Jacksonville fire, John Rothchild wrote of the state's past, and Jack Kerouac wrote of his dislike of the state. There are works by two bestselling mystery writers, William Connelly and Randy Wayne White. Backroads Florida is captured by Harry Crews and Totch Brown. And there is an essay by a man known primarily for his music, Jimmy Buffett.

The carefully curated selections are based on a number of factors, including the period in which they were written, the genre, and their contribution to literature and history. The selections of Florida literature begin in the early 1500s, and include works by Spanish, French, and British settlers. Every effort has been made to include the entire poem, short story, or selection in order to give the full impact of the work.

This is a must-read compendium for Floridians and Florida-lovers alike.

See all of the books in this series

James C. Clark has published two other books with Pineapple Press: "200 Quick Looks at Florida History" and "Presidents in Florida." He is a professor at University of Central Florida.