Into the Light: Real Life Stories About Angelic Visits, Visions of the Afterlife, and Other Pre-Death Experiences (Paperback) 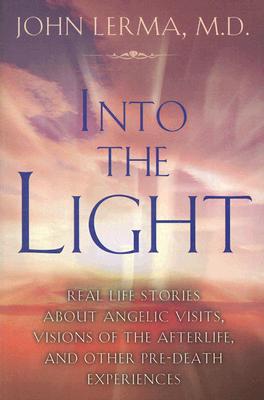 Into the Light: Real Life Stories About Angelic Visits, Visions of the Afterlife, and Other Pre-Death Experiences (Paperback)

“The chronicle of a scientist and humanitarian on a journey of discovery into the mysteries of death and what comes after . . . [a] lovely book.”— #1 New York Times bestselling author

In the groundbreaking book, Dr. John Lerma shares his valuable research on pre-death hallucinations from the countless terminally ill patients he lovingly cares for as a doctor and director at The Medical Center of Houston, Texas. Sixteen inspirational stories chronicle children and adults confronting their deaths through the comforting visions of divine beings. By presenting these mysterious visions, synchronicities, and angelic conversations his patients encounter, Dr. Lerma shows how knowledge of death can ease the pain and fear as we prepare to enter into the light.

In this book you will learn: the exhilarating and calming elements of pre-death experiences; healing during the dying process; the difference between hallucinations and visions; and self-forgiveness and self-love as the key to a joyous life and a peaceful transition. The mystical experiences described here delve into the creation of the universe, past and future extinctions, dark angels and white angels, selfless suffering and its effect on humanity, free will as the vital ingredient to create on earth and in heaven, and many more incredible revelations. The poignant stories in Into the Light will leave you feeling uplifted in faith, hope, and love.

“Finally, a science-minded physician has addressed the phenomenon of pre-death experiences with compassion, comprehension, and candor . . . you will be uplifted and inspired by this book.”—Gary E. Schwartz, PhD, professor of psychology and medicine at the University of Arizona and author of Super Synchronicity

John Lerma, M.D., is the inpatient medical director for the internationally renowned TMC Hospice, part of the largest medical center in the world, The Medical Center of Houston. After graduating with honors from The University of Texas in Austin with a pharmacy degree, he entered The University of Texas San Antonio medical school and received his board certification in both Internal Medicine as well as Hospice and Palliative Medicine. He has spent the last 10 years caring for the terminally ill and is widely recognized for his compassionate care and for his teaching of end-of-life care to nurses, medical students, and resident physicians. He is currently involved in a research project in palliative medicine with MD Anderson Hospital, the leading cancer institute in the world. Dr. Lerma is a frequent guest on local, national, and international radio and TV.