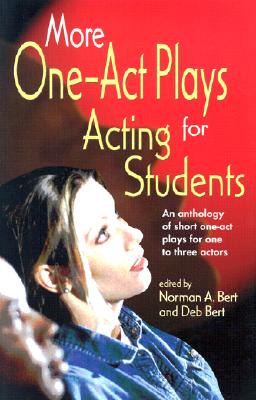 The success of One-Act Plays for Acting Students prompted this follow-up book of twenty-eight contemporary short dramas by nationally known playwrights. Each play has a production time of ten to fifteen minutes, yet each script is a complete work -- no cuttings. Most plays are for two actors -- one woman and one man. Also included are plays for two women, two men, three actors, and monologs. No other play anthology offers as wide a selection of characterizations. Twenty-three contemporary American playwrights are represented, including William Borden, Julianne Bernsteln, and Bryan Harnetiaux. Also featured are sections on Securing Rights for Your Production and Rehearsing the Play, a booklist of rehearsal helps and a list of additional scripts by the anthology playwrights. These plays are excellent for forensic competitions and classroom use. Some of the plays include: I Wanna Be a Cowboy by John Tuttle, Marla, You're On by Julianne Bernsteln, Hangman by William Border, The Lemonade Stand by Bryan Harnetiaux, and Help Me, I'm Becoming My Mother by Deanna Riley.