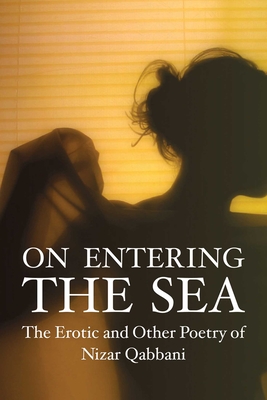 
Special Order—Subject to Availability
A unique collection by the Arab world's most renowned poet. In a political age, in which the struggle against external and internal oppression has become central in Arabic poetry, Nizar Qabbani has succeeded in re-establishing the vitality and perennial force of the erotic in human life. Picking up a tradition of Arabic love poetry sixteen centuries old, he has enriched it with the experience of a modern man deeply aware of the changing status of women in contemporary times, and given the most eloquent poetic expression to the imperative of woman's freedom and her right to assume control over her body and emotions. An accomplished master of the erotic, standing among the best love poets of the world, Qabbani has asserted life and joy in the face of chaos and tragedy, paying fervent homage, sustained over five decades, to woman's grace and loveliness. As such he has been able to bring equilibrium and decorum to poetry in crisis, reviving faith in the possibility of happiness and emotional fulfillment. Yet he is also moved to anger by the forces of evil around him, and the opposing poles of exaltation and rage, of agony and ecstasy, describe his unique experiment. A man of his times and of all times, he is by far the most popular poet in the Arab world.
Nizar Qabbani (1923-1998) was born in Damascus in 1923. He is the author of over 50 collections of poetry and is the recipient of numerous literary awards. His poetry has been translated into French, Spanish, Italian, Persian and Russian.
"A generous selection of the work of an important poet in Arabic to the English-speaking world...Qabbani's poems of exile and elegy are especially deeply felt, and he is a poet of subtle intelligence."

"One of the greatest love poets of all time...Whether he's writing of love or war, Qabbani achieves a mythic dimension...[a] beautiful collection... "