The Best of Ogden Nash (Hardcover) 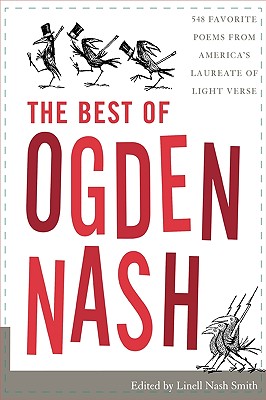 The Best of Ogden Nash (Hardcover)


Not On Our Shelves—Ships in 1-5 Days
It's been more than thirty years since the appearance of a collection from America's laureate of light verse. Ogden Nash first gathered together an anthology of thirty years of his published works in 1959. In 1973 his daughters gathered more than four hundred of his poems and called it I Wouldn't Have Missed It, a quote from one of his verses. Now more poems have come to light, so his daughters have once again produced The Best of Ogden Nash, the definitive Nash anthology. The poems display the talent of the man whose verse entranced America from the time of the Great Depression until his death in 1971. The Best of Ogden Nash should delight old fans and introduce new readers to a unique talent.
Ogden Nash is the best-loved poet of light verse in the United States. His daughter, Linell Nash Smith, has compiled this new collection. Linell Nash Smith lives in Baltimore.