The Tunnel and the Light: Essential Insights on Living and Dying (Paperback) 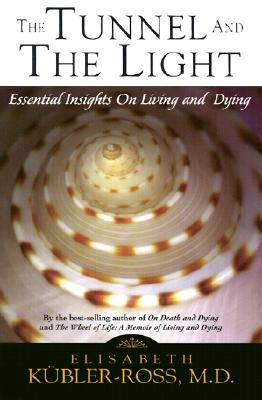 The Tunnel and the Light: Essential Insights on Living and Dying (Paperback)


Not On Our Shelves—Ships in 1-5 Days
An engaging introduction to the beliefs, work, and life of psychiatrist Elisabeth Kubler-Ross, who "declared war on the denial of death in America" (New York Times)

The Tunnel and the Light, drawn from Elisabeth Kubler-Ross's lectures on living and dying, offers an insightful introduction to her beliefs, work, and life. With candor, compassion, and the wisdom acquired from decades spent working with the dying, she discusses her work with terminally ill children, her views on near-death experiences, her own mystical experiences, and much more.
Dr. Kubler-Ross conveys her understanding of the wisdom of the dying, and encourages those in the midst of life to attend to what she calls their "unfinished business," so that they may be wiser as they face the end of life. The Tunnel and the Light concludes with "A Letter to a Child with Cancer," a poignant illustrated letter written to a young boy, Dougy.

Dr. Elisabeth Kubler-Ross was a Swiss-American psychiatrist, a pioneer in near-death studies, and the author of the groundbreaking book On Death and Dying, in which she first discussed her theory of the five stages of grief.