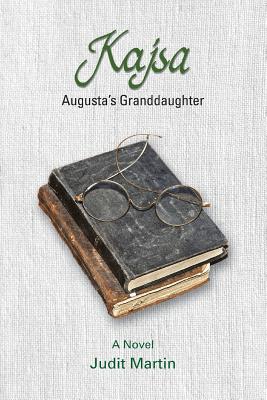 
Not On Our Shelves—Ships in 1-5 Days
(This book cannot be returned.)
"Kajsa" is the free-standing sequel to "Augusta's Daughter," depicting peasant life in late-nineteenth century Sweden. It is the story of fifteen-year-old Elsa-Carolina's illegitimate daughter Kajsa, who was placed in a foster family immediately after birth. From there, at the age of eight, she was cast out into the world on her own. With the help of the women she met along the way, she survived and eventually gained control over her life. Her situation was by no means unique. Sweden has changed greatly since the nineteenth century, albeit in a different direction than America. In order to understand present-day Sweden, it is necessary to be aware of the past on which it is built. Kajsa's life reflects a tiny aspect of that past.
Judit Martin, whose ancestors were early English and Scottish immigrants, grew up in Franklin, Michigan. After high school in nearby Birmingham, she attended Beloit College in Beloit, Wisconsin, and in 1961 graduated from Washington State University in Pullman, Washington, with a degree in English and a teaching certificate. She taught for several years before setting out to fulfill her childhood dream of spending two years traveling in Europe. Captivated by the experience, she extended her stay with a job teaching English in a Turkish girls' school in Izmir, Turkey, followed by a job at the American School in London. When she finally came to Sweden in 1969 she fell in love with the countryside, with its remnants of the old peasant culture, and settled there.