The Korean War: The Story and Photographs (America Goes to War) (Paperback) 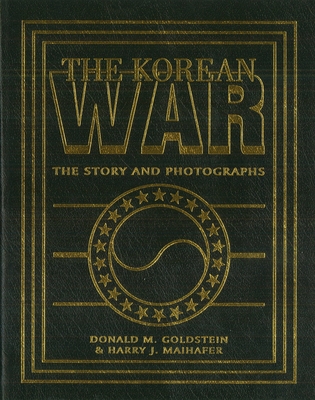 The Korean War: The Story and Photographs (America Goes to War) (Paperback)


Not On Our Shelves—Ships in 1-5 Days
This compelling photographic history examines the war in its entirety, from its causes and protagonists to the strategies, weapons and battles. Goldstein and Maihafer have collected more than 450 vivid photographs, many never before seen by the general public. Published on the fiftieth anniversary of the Korean conflict, The Korean War remembers the experience of the American fighting man in "the forgotten war."
Donald M. Goldstein is a retired U.S. Air Force lieutenant colonel, a professor of public and international affairs, and a best-selling author. He lives in Pittsburgh, Pennsylvania.