Odd Man Out: Truman, Stalin, Mao, and the Origins of the Korean War (Paperback) 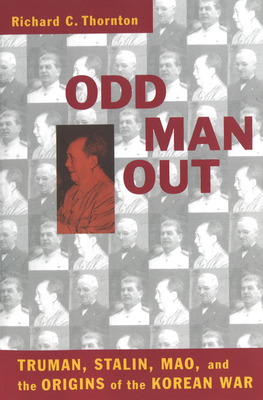 Odd Man Out: Truman, Stalin, Mao, and the Origins of the Korean War (Paperback)


Not On Our Shelves—Ships in 1-5 Days
Odd Man Out is a novel assessment of the motives and strategies of Harry Truman, Joseph Stalin, and Mao Zedong as they struggled to maneuver their countries into positions of advantage in the postwar world. Their successes and failures resulted in the catastrophic event that globalized the Cold War ---the Korean War. Based on recently released secret documents, Richard Thornton puts the reader inside the American, Soviet and Chinese decision-making processes during these earth-shaking events, events that have been misinterpreted for decades.