Patton's Photographs: War as He Saw It (Paperback) 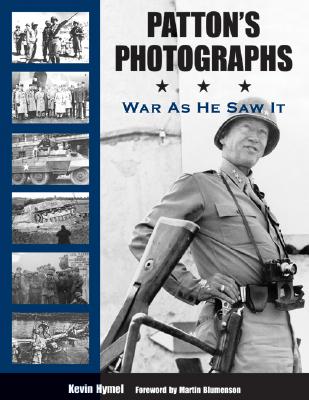 Patton's Photographs: War as He Saw It (Paperback)


Not On Our Shelves—Ships in 1-5 Days
While researching an article on Gen. George S. Patton, Kevin M. Hymel made an astonishing discovery. Browsing the Library of Congress's Patton index, he found lists of photo albums. Opening one, he found photos Patton himself took during World War II, a gold mine of historical photographs of which even Blumenson, Patton's official biographer, was unaware.Patton photographed everything that interested him and produced tableaux of the battlefields of North Africa, Sicily, and continental Europe. For Patton, history was everything, and his Leica camera-standard issue for reporters and historians in the U.S. Army-ensured he could provide historians an accurate depiction of events, free from interpretation. His photographs depict the victorious face of war, with GIs on the move, military bridges under construction, and tanks slicing through the countryside. They show defeat as well-smashed German tanks, prisoners of war, and bodies strewn across the landscape. Moreover, they provide a record of where Patton fought, showcasing historic sights and the different terrain from North Africa to Europe. Now, for the first time, many of Patton's personal photographs are presented in one book for the reader to observe history as Patton saw it. Hymel provides background information and captions for the photographs and occasionally uses Patton's own words to describe the sights. Patton claimed his hobby once saved his life. Stopping to take a photograph in Italy, he witnessed a salvo of German shells exploding on the roadway up ahead, where he likely would have been had he not stopped. With Patton's Photographs, readers can now view that life during the war through the eye of one of America's greatest commanders.