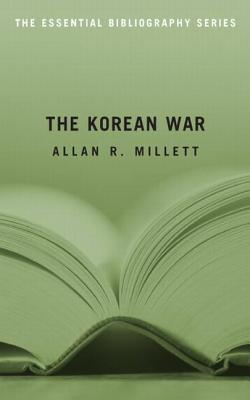 
Not On Our Shelves—Ships in 1-5 Days
(This book cannot be returned.)
"Although sometimes forgotten in the shadows of World War II and the Vietnam War, the Korean War has at last begun to get its share of historical scrutiny. This bibliography serves as an essential reference tool, guiding the researcher through the studies of the build-up to the war, its strategic aspects, the roles of China and the United Nations as well as the United States, and the events following the withdrawal of U.S. forces."
“An excellent narrative of the war and analysis of the literature.”—Journal of Military History

"A superb, path-breaking, and highly revealing narrative of the Cold War's first major 'hot war.'"—Chen Jian, author of Road to the Korean War

"Millett is one of the very best military historians writing today and his book far surpasses any other in describing and analyzing the military dimensions of events leading up to North Korea's attack on South Korea in June 1950."—William Stueck, author of The Korean War in World History

"Authoritative and compelling....A must-read for policymakers and all informed citizens interested in the fate of the Korean peninsula."—James T. Laney, former U.S. ambassador to the Republic of Korea and coauthor of U.S. Foreign Policy toward North Korea: Next Steps