The Solitude of Compassion (Paperback) 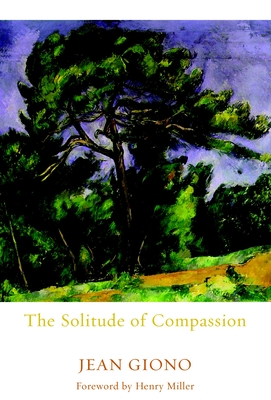 The Solitude of Compassion (Paperback)


Special Order—Subject to Availability
The Solitude of Compassion, a collection of short stories never before available in English, won popular acclaim when it was originally published in France in 1932. It tells of small-town life in Provence, drawing on a whole village of fictional characters, often warm and decent, at times immoral and coarse. Giono writes of a friendship forged in a battlefield trench in the midst of World War I; an old man’s discovery of the song of the world; and, in the title story, the not-unrelated feelings of compassion and pity. In these twenty stories, Giono reveals his marvelous storytelling through his vivid images and lyrical prose, whether he is conveying the delicate scents of lavender and pine trees or the smells of damp earth and fresh blood.
JEAN GIONO (1895–1970) was born in Manosque, Provence, the son of a shoemaker and a washerwoman. A widely loved figure in his native France, he is the author of many books, the best known of which, perhaps, are Song of the World and Horseman on the Roof. He was awarded the Prize of Prince Rainier of Monaco for his body of work in 1953, became a member of the Académie Goncourt in 1954, and accepted a seat on the Literary Counsel of Monaco in 1963. Except for a few trips to Paris and abroad, Giono spent his entire life in his town in Provence.
“Giono gives us the world we live in, a world of dream, passion and reality.” –Henry Miller

“There is still dew on this world of Giono's; he looks out on it and records his impressions of it almost as if he were the first man seeing it.” –The New York Times Book Review