The Secret Science Behind Miracles: Unveiling the Huna Tradition of the Ancient Polynesians (Paperback) 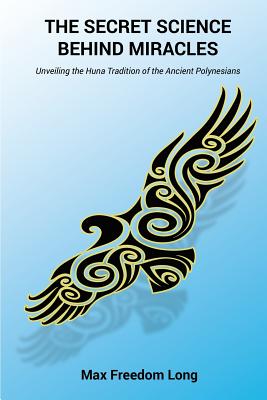 The Secret Science Behind Miracles: Unveiling the Huna Tradition of the Ancient Polynesians (Paperback)

After the author took a teaching job in Hawaii in 1917, he discovered that an ancient and secret magical system was being used by some of the native people. After studying it further he became convinced of its unquestionable power and gave it the name of Huna magic (Huna means "the secret"). This book presents the proof of the power of Huna. It reveals how the kahunas of Hawaii were able to reverse bad situations for others, see into the future, perform authentic miracles of healing, and do many other incredible things using this highly perfected system of psychological knowledge. It covers the vital force, or pranic energy, found in the human body and demonstrates how to use it. It also covers our three separate selves - the higher self, the middle self, and the lower self, and how aligning them can bring us into balance and create a more powerful life. Also covers thought forms, telepathy, mind reading, psychometry, crystal gazing, psychic dreams, premonitions, healing powers, and more. This is the basic, foundational book of the many written by Long, so is recommended as an introduction to the subject.