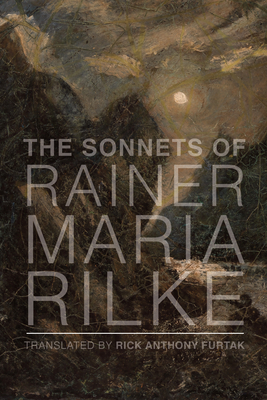 
Backordered
Romano Guardini described Rainer Maria Rilke as the “poet who had things of such importance to say about the end of our own age [and] was also a prophet of things to come.” The complexity of Rilke is, then, “highly relevant to modern Man.” Decades after Guardini’s assessment, the reader who rediscovers Rilke will find a depth of mind and soul that display a profundity the post-modern reader only thinks he possesses.

In an expanded collection of Rilke’s sonnets, Rick Anthony Furtak not only makes this lyrical masterpiece accessible to the English reader, but he proves himself a master of sorts as well. His introduction that elaborates on Rilke’s marriage of vision and voice, intention and enigma, haunted companionship and abandonment is a stand-alone marvel for the reader. Furtak’s praised translation of Sonnets to Orpheus (University of Chicago Press, 2008) is surpassed in this much broader collection of verse that also includes the original German text. It is Furtak’s great achievement that Rilke resonates with the contemporary reader, who uncertain and searching wants to believe that the vision of existence can mirror much more than his own consciousness. In his feat of rendering Rilke in English, contextualizing the philosophical meanings of verse, and presenting literary romanticism, Furtak provides a formidable contribution to the vindication of true poetic voice.
Rick Anthony Furtak is Associate Professor of Philosophy at Colorado College. He is the author of Wisdom in Love (University of Notre Dame Press, 2005) and Knowing Emotions (Oxford University Press, 2018), and the editor of essay collections on Kierkegaard and Thoreau. His poetry, including translations, has appeared in such periodicals as Blue Unicorn, The Healing Muse, Illuminations (which nominated him for Pushcart Prize consideration), Janus Head, The Lyric, The Raintown Review, and Southern Indiana Review, and the volume As a Patient Thinks about the Desert (Atmosphere Press, 2021). He is Book Series Editor for the newly launched Bloomsbury Studies in Philosophy and Poetry.