On Life after Death, revised (Paperback) 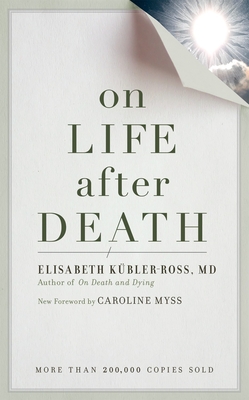 On Life after Death, revised (Paperback)


Special Order—Subject to Availability
A collection of inspiring essays with frank and compassionate advice for those dealing with terminal illness or the death of a loved one, from the pioneering author of On Death and Dying and On Grief and Grieving

As a pioneer of the hospice movement, Dr. Elizabeth Kübler-Ross was one of the first scholars to frankly discuss our relationship with death. By introducing the concept of the five stages of dying, her work has informed the lives of countless people as they face the grieving process. This classic collection of four essays—based on Dr. Kubler-Ross’s studies of more than twenty thousand people who had near-death experiences—illuminates her sensitive, original, and even controversial findings on death, dying, and the afterlife.

Now with a new foreword from Caroline Myss offering a personal perspective on Dr. Kübler-Ross, On Life After Death presents writings that challenge and encourage us to approach the end of life not with trepidation, but with clear-eyed, compassionate love.
ELISABETH KÜBLER-ROSS (1926-2004), MD, was a best-selling author and the world's foremost expert on the subjects of death and dying, best known for introducing the five stages of grief. She worked with thousands of terminally ill patients during her lifetime.