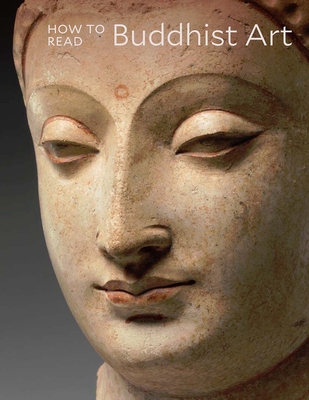 By Kurt A. Behrendt


Backordered
An indispensable introduction to the evolution of Buddhist imagery from its origins in India through its spread to China, Japan, and South Asia

For more than 2,000 years, sublime works of art have been created to embody essential aspects of Buddhist thought, which developed and evolved as its practice spread from India to East Asia and beyond. How to Read Buddhist Art introduces this complex visual tradition to a general audience by examining sixty seminal works. Beginning with the origins of representations of the Buddha in India, and moving on to address the development of Buddhist art as the religion spread across Asia, this book conveys how Buddhist philosophy affected artistic works and practice across cultural boundaries.

Reliquaries, sculptures, and paintings produced in China, the Himalayas, Japan, Korea, and South and Southeast Asia provide insight into the rich iconography of Buddhism, the technical virtuosity of their makers, and the social and political climate in which they were created. Beautiful photographs of the artworks, maps, and a glossary of the major Buddhist deities offer an engaging and informative setting in which readers—regardless of their familiarity with Buddhism—can better understand the art related to the religion’s practices and representations.
Kurt Behrendt is associate curator in the Department of Asian Art at The Metropolitan Museum of Art.