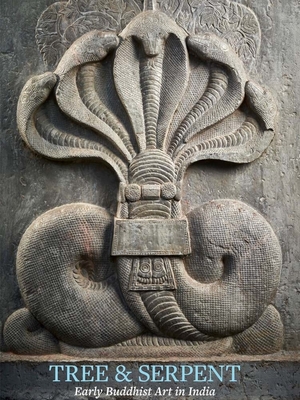 
Coming Soon—Pre-Order Now
With new photography of extraordinarily rare works of art, this pioneering study features discoveries and research essential to understanding the origins and meaning of Buddhist artistic traditions

Buddhist art originated more than 2,000 years ago, shaping religious practice and artistic motifs as it spread from India throughout South, North, and Southeast Asia. Tree and Serpent explores the ways early sculptural works by Buddhist artists, architects, and practitioners were transformed as the religion moved across the continent. World-renowned scholars from India, Europe, and the United States demonstrate how figurative sculpture and the narrative tradition in India were central to the function and meaning of early Buddhist art and architecture. The book’s essays probe such topics as the pre-Buddhist cults of earth, water, and tree spirits; the Buddha’s presence in relics; the influence of Roman bronzes and coins found in India; and the financial life of monks. The catalogue includes a wide range of early Buddhist artworks—from expertly carved stone reliefs to impeccably decorated pieces of jewelry—and features the first publication of sculptures unearthed over the past decade at major monastic sites in South India. With new photography of more than 125 objects from international collections dating from roughly 200 BCE to 450 CE, this ambitious catalogue provides essential new insights into our understanding of ancient Indian art and the origins of Buddhism.