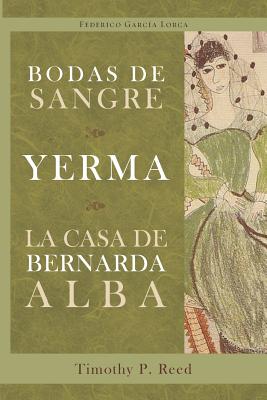 Federico Garc a Lorca's plays "Bodas de sangre," "Yerma," "La casa de Bernarda Alba" are presented in Cervantes & Co.'s popular format for students of Spanish, introduced and heavily footnoted and glossed by Dr. Timothy P. Reed. The original Spanish of the texts are retained, with an informative introduction, footnotes, and marginal glosses in English. Each play has a Spanish-English glossary specific to the play. These three plays, often referred to as Lorca's "Rural Trilogy," were previously available individually from Cervantes & Co. and are available here in a combined, corrected edition.