Going to the Wars: A Journey in Various Directions (Paperback) 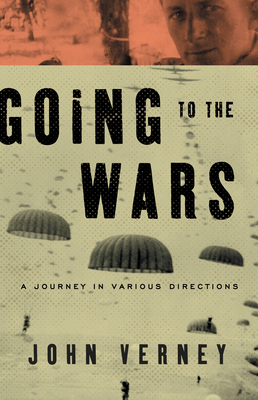 Going to the Wars: A Journey in Various Directions (Paperback)

"This book is unclassifiable: commentary, autobiography, satire by turns: but it is wholly readable, wholly successful. The author stands spokesman for a whole generation."―Daily Telegraph

"My brother officers. Are they human?" Thus reads the first journal entry of twenty-three-year-old John Verney, graduate of Eton and Oxford, lover of modern art and literature, who has, almost on a whim, joined a part-time cavalry regiment of the British Army in 1937. At the outbreak of World War II two years later, Verney arrives in the Middle East and there learns, almost in spite of himself, to be a soldier. In 1943, he becomes a parachutist and leads a "drop" into Sardinia to attack German airfields. His adventures there--two weeks wandering through enemy territory, his capture, and his eventual escape--are brilliantly told.

Woven into the fabric of this narrative of a young man growing reluctantly to maturity and coming to terms with military life, are Verney's thoughts and feelings about his wife, Lucinda, and the child he has never seen, and his longing to return to them.

John Verney (1913-1993) was a writer, painter, and illustrator. An assistant film director, officer in the North Somerset Yeomanry, and newlywed at the outbreak of war in 1939, he subsequently served in the Royal Armoured Corps and the fledgling Special Air Service. He fought in Syria, Egypt, Sardinia, and Italy. His other military adventures in Italy are told in his book A Dinner of Herbs, also published by Paul Dry Books.