The Kabbalah Reader: A Sourcebook of Visionary Judaism (Paperback) 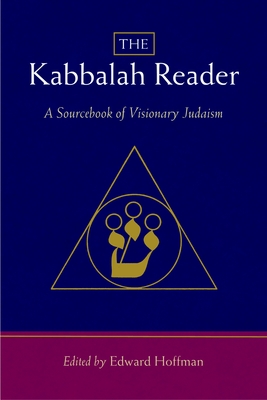 The Kabbalah Reader: A Sourcebook of Visionary Judaism (Paperback)


Not On Our Shelves—Ships in 1-5 Days
This comprehensive and accessible entrée into the world of Kabbalah covers 1,600 years of Jewish mystical thought and features a variety of thinkers—from the renowned to the obscure—unavailable in any other volume. It’s a fresh take on an ancient tradition compiled by Edward Hoffman, a psychologist and respected scholar of Judaism, who reveals how this supposedly esoteric material is relevant to a host of contemporary concerns, such as ethics, emotional health, intuition and creativity, meditation, social relations and leadership, and higher states of consciousness.

Contributors include: Moses Chaim Luzzatto, Moses Cordovero, Abraham Abulafia, Maimonides, Nachmanides, The Maharal, Nachman of Breslov, The Baal Shem Tov, The Gaon of Vilna, The Netziv, The Ben Ish Chai, Yehudah Ashlag, Kalonymus Shapira, Baba Sali, Abraham Joshua Heschel, Menachem Mendel Schneersohn, Adin Steinsaltz, Zalman M. Schachter-Shalomi, Jonathan Sacks, and many others, along with excerpts from the Sefer Yetzirah, Sefer HaBahir, and Sefer HaZohar.
Edward Hoffman is the author of numerous books on Judaism, Kabbalah, and psychology. He is a psychologist and adjunct professor at Yeshiva University in New York City. He writes extensively for leading Jewish newspapers and magazines, including the National Jewish Post & Opinion, and the Jewish Week, and his articles have appeared in New York Newsday and Yoga Journal.
“Professor Edward Hoffman has brought together the kind of anthology I was always hoping to find. Now people who would like to follow the thread of Jewish spirituality through the ages will have a comprehensive and sensitively culled reader that will make it possible for them to further pursue what their heart and soul is striving for.”—Rabbi Zalman M. Schachter-Shalomi, co-author of A Heart Afire

“The Kabbalah Reader will truly serve as a guide for those who find the mysteries of Kabbalah impenetrable. Not only has Hoffman assembled a thorough selection of key kabbalistic texts, but he provides enlightening introductions to all of them. This book is an ideal starting point for students of Kabbalah to begin their explorations.”—Howard Schwartz, author of Tree of Souls: The Mythology of Judaism

“The most comprehensive and accessible anthology of Kabbalah writings in existence…The Kabbalah Reader is a remarkable collection of several millennia of visionary writers. Highly recommended.”—Jewish Media Review