Osama's Revenge: The Next 9/11 What the Media and the Government Haven't Told You (Hardcover) 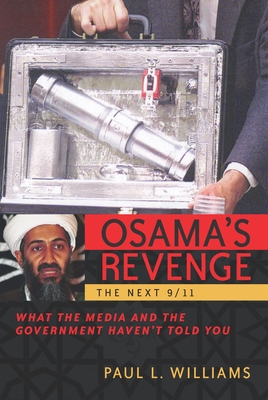 Osama's Revenge: The Next 9/11 What the Media and the Government Haven't Told You (Hardcover)


Not On Our Shelves—Ships in 1-5 Days
(This book cannot be returned.)
The author reveals the potential for nuclear terrorism on U.S. soil in this shocking exposE. Based on the findings of U.S., Israeli, Pakistani, and U.K. intelligence, Williams argues that the theft of tactical nuclear weapons from Russian arsenals have in all likelihood made their way to terrorist cells throughout the United States in preparation for the next attack.
Although the media have reported on some of these threatening developments and government insiders have acknowledged the threat of nuclear attack, no one until now has put all the pieces together in a coherent, no-nonsense way. Williams makes a persuasive case that terrorists have the motive and the means and are waiting for the right opportunity to launch an apocalyptic attack against the "Great Satan" of America.
Paul L. Williams is a journalist and the author of The Day of Islam, Osama's Revenge, The Al Qaeda Connection, and The Vatican Exposed, among other books. The winner of three first-place Keystone Press Awards for journalism, he has written articles for such news outlets as Newsmax, World Net Daily, Family Security Matters, and the National Review. He has also served as a consultant for the FBI, editor and publisher of the Metro (Scranton, PA), and adjunct professor of humanities at the University of Scranton.