23 Minutes in Hell: One Man's Story about What He Saw, Heard, and Felt in That Place of Torment (Paperback) 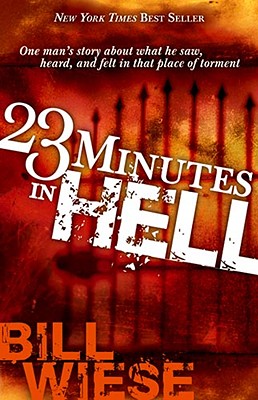 23 Minutes in Hell: One Man's Story about What He Saw, Heard, and Felt in That Place of Torment (Paperback)

Bill Wiese experienced something so horrifying it continues to captivate the world. He saw the searing flames of hell, felt total isolation, smelled the putrid and rotting stench, heard deafening screams of agony, and experienced terrorizing demons. Finally the strong hand of God lifted him out of the pit.

Now Wiese shares his insights on commonly asked questions such as:

Bill Wiese has been a dedicated Christian and has served in various capacities, including teaching and leading worship, since 1970. He is an accomplished speaker and has done over four hundred radio interviews in the Christian and mainstream markets. He is a successful Realtor with over forty years' experience. He lives with his wife, Annette, in Southern California.