Where Is Everybody? (Hardcover) 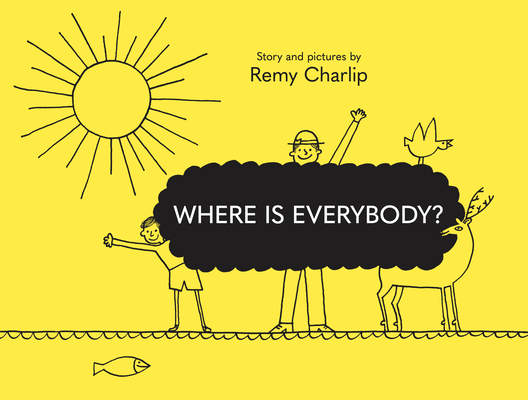 Where Is Everybody? (Hardcover)

By Remy Charlip (Created by)


On Our Shelves Now at:
Created by the prolific and visionary Remy Charlip, this singular picture book begins with an empty scene, asking "Where is everybody?" Gradually, Charlip introduces landscape and characters from the ground up, showing young readers that to tell a story is to build a world.

Artist, writer, illustrator, director, choreographer and teacher Remy Charlip was the creator of more than 40 children's books, including the beloved Dress Up and Let's Have a Party and Fortunately . Where Is Everybody? continues Charlip's distinctive tradition of deceptively simple illustrations (the first page is blank, bearing only the words 'Here is an empty sky'), slowly building a scene piece by piece, and eventually, a surreal narrative sure to delight readers and expand children's ideas of what a picture book can be.

Remy Charlip was the writer and illustrator of such beloved children's books as Dress Up and Let's Have a Party and Fortunately!, in addition to being an artist, choreographer, teacher, and founding member of the Merce Cunningham Dance Company. He was a graduate of Cooper Union, where he studied fine arts. Charlip viewed his wide-ranging artistic endeavors as similar in spirit, calling them all forms of "internal dance." He wrote or illustrated dozens of children's books, winning three New York Times Best Illustrated Books awards and a first prize for illustration at the Bologna Book Fair.