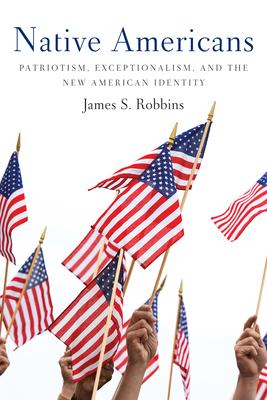 
Special Order—Subject to Availability
Are you an American? According to the U.S. Census Bureau, increasing numbers of people are claiming "American" as their national ancestry. In our melting pot of cultures, they are taking a stand as authentic representatives of the American nation. This growing social phenomenon serves as the launching point for a discussion of what twenty-first century Americanism means--its roots and its significance--and the unrelenting assault from multiculturalists who believe that the term "American" either signifies nothing or is a badge of shame. Author James S. Robbins describes the foundations of the American ideal, the core set of beliefs that define American values, and the ways in which these standards have been undermined and corrupted. He also makes the case for the benefits of an objective standard of what it means to be an American and for returning to the values that turned America from an undeveloped wilderness to the most exceptional country in the world.
James S. Robbins is Deputy Editor of Rare and a member of USA Today's board of contributors. He is the author of This Time We Win: Rethinking the Tet Offensive and Last in Their Class: Custer, Pickett and the Goats of West Point, both from Encounter Books. Dr. Robbins holds a PhD and Master of Arts in Law and Diplomacy from The Fletcher School of Law and Diplomacy in Medford, Massachusetts. He also has master's and bachelor's degrees in political science from the University of Cincinnati. He has taught at The Fletcher School, Boston University, Marine Corps University, National Defense University, and other schools. He served in government for ten years, and was awarded the Chairman of the Joint Chiefs of Staff Joint Meritorious Civilian Service Award. He is also a recipient of the Maryland-Delaware-D.C. Press Association first prize award for editorials.