Science and the Near-Death Experience: How Consciousness Survives Death (Paperback) 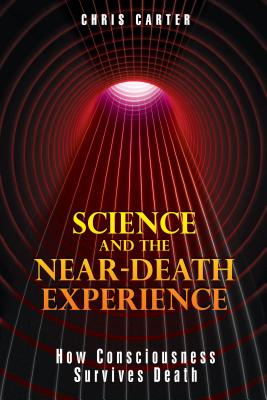 Science and the Near-Death Experience: How Consciousness Survives Death (Paperback)

• Examines ancient and modern accounts of NDEs from around the world, including China, India, and many from tribal societies such as the Native American and the Maori

Predating all organized religion, the belief in an afterlife is fundamental to the human experience and dates back at least to the Neanderthals. By the mid-19th century, however, spurred by the progress of science, many people began to question the existence of an afterlife, and the doctrine of materialism--which believes that consciousness is a creation of the brain--began to spread. Now, using scientific evidence, Chris Carter challenges materialist arguments against consciousness surviving death and shows how near-death experiences (NDEs) may truly provide a glimpse of an awaiting afterlife.

Using evidence from scientific studies, quantum mechanics, and consciousness research, Carter reveals how consciousness does not depend on the brain and may, in fact, survive the death of our bodies. Examining ancient and modern accounts of NDEs from around the world, including China, India, and tribal societies such as the Native American and the Maori, he explains how NDEs provide evidence of consciousness surviving the death of our bodies. He looks at the many psychological and physiological explanations for NDEs raised by skeptics--such as stress, birth memories, or oxygen starvation--and clearly shows why each of them fails to truly explain the NDE. Exploring the similarities between NDEs and visions experienced during actual death and the intersection of physics and consciousness, Carter uncovers the truth about mind, matter, and life after death.
Chris Carter received his undergraduate and master’s degrees from the University of Oxford. He is the author of Science and Psychic Phenomena and Science and the Near-Death Experience. Originally from Canada, Carter currently teaches internationally.
". . . a cogent and lucid discourse asserting that, according to the evidence, consciousness not only survives death but exists independent of the brain through which it operates . . A fascinating read for anyone interested in life after death, science, and the intersection of the two."
— Marlene Y. Satter, ForeWord Reviews, September 2010

“Chris Carter’s tightly reasoned approach and his encyclopedic grasp of the research make Science and the Near-Death Experience the best book on NDEs in years. The clarity of Carter’s writing and the breadth of his scholarship make this an ideal resource for both experts and those new to the field. This book brings much-needed insight and common sense to our understanding of NDEs.”
— Bruce Greyson, M.D., Carlson Professor of Psychiatry and Neurobehavioral Sciences, University of Vir

“As a physicist and neurosurgeon, I find Chris Carter’s Science and the Near-Death Experience to be a comprehensive analysis of NDEs,and a book that allows one to understand that consciousness persists beyond the death of the physical body. It is beautifully written!”
— John L. Turner, M.D., author of Medicine, Miracles, and Manifestations

“In this important book, author Chris Carter does a masterful job at demonstrating how the evidence does not support the mainstream scientific view that consciousness and mind are produced by the brain. In addition, Carter objectively reviews the empirical data on near-death experiences and rightly concludes that these data fully support the notion that mind and consciousness can continue to operate after the cessation of brain activity.”
— Mario Beauregard, Ph.D., Professor of Neuroscience, University of Montreal, and coauthor of The Spir

“There has been a spate of books on the afterlife and the immortality of consciousness lately, indicating a resurgence of interest in what is surely one of the most important--and I would argue THE most important--question a conscious human being can pose in his or her life. Carter’s book is not only an important contribution to this literature; it is its current crowning achievement. For he masters both the theoretical and the evidential approach, showing that belief to the contrary of the survival of consciousness is mere, and now entirely obsolete, dogma, and that the evidence for survival is clear and rationally convincing. A book to read and to remember for the rest of one’s life--and perhaps beyond. . . .”
— Ervin Laszlo, author of Science and the Akashic Field and founder of the Club of Budapest

"Carter has joined the debate, scientifically demonstrating the possibility of previewing the afterlife upon surviving near-death experiences (NEDs). Studies, research and theory guide Carter's argument, which states that the existence of one's consciousness is not based upon whether or not one is still living."
— ForeWord Magazine, August 2010

"If materialism is the school-yard bully who has been terrorizing all your friends for years, then Chris Carter is the new kid in school who stands up to him. In Science and the Near-Death Experience, Carter systematically takes apart the standard materialistic arguments one-by-one, providing a lucid overview of the history of the key theorists and studies on both sides."
— Gold Thread, September 2010

“The belief that consciousness itself is somehow produced within the brain will topple under the momentum of observations this theory simply cannot explain. Chris Carter’s second book, as well organized and accessible as his first, details the history, physics, and observed phenomena that will forever change how we look at the brain. A readable, informative, and devastating critique of materialism.”
— Robert Bobrow, M.D., Clinical Associate Professor of Family Medicine at Stony Brook University and a

“Science and the Near-Death Experience builds a powerful and compelling case that the mind is not dependent on the brain and can exist independently of the brain. . . I am simply glad that Carter is out there writing. His book shows that those who believe in survival do not have to apologize, be timid, or take refuge in the mystery of “faith”. On strictly scientific grounds, they are in the stronger position. With more books like this one, our society may start slowly waking up to this fact, with all its immense implications.”
— New Heaven New Earth, August 2011

“This is a book that demands the serious attention of everyone who is interested in the question of consciousness. Furthermore, it is the second in a trilogy by Chris Carter discussing scientific evidence bearing on the question of consciousness, following the first book in the series entitled Science and Psychic Phenomena: The Fall of the House of Skeptics (which is discussed in this previous post). The third book in this trilogy is due out at the end of this month. It will be called Science and the Afterlife Experience: Evidence for the Immortality of Consciousness. While it appears that it will spend quite a bit of time discussing apparitions (which I find somewhat scary to read about, as I mentioned in this previous post), I’m sure I will be sitting down to see what Chris Carter has to say in the third book of this outstanding series soon after it hits the market.”
— David Warner Mathisen, Mathisen Corollary, August 2012

“This book is essential for anyone interested in survival after death. There is material in it for everyone, it’s a good introduction to those new to the subject, it’s a reasoned argument for those familiar with the ideas and it’s packed with enough references to keep the most enthusiastic researcher busy for a time.”
— Gordon Rutter, Fortean Times, November 2012