Founding Myths: Stories That Hide Our Patriotic Past (Paperback) 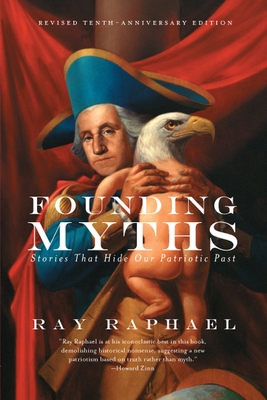 Founding Myths: Stories That Hide Our Patriotic Past (Paperback)

First published ten years ago, award-winning historian Ray Raphael's Founding Myths has since established itself as a landmark of historical myth-busting. With Raphael's trademark wit and flair, Founding Myths exposed the errors and inventions in America's most cherished tales, from Paul Revere's famous ride to Patrick Henry's Liberty or Death speech. For the thousands who have been captivated by Raphael's eye-opening accounts, history has never been the same.

In this revised tenth-anniversary edition, Raphael revisits the original myths and further explores their evolution over time, uncovering new stories and peeling back new layers of misinformation. This new edition also examines the highly politicized debates over America's past, as well as how our approach to history in school reinforces rather than corrects historical mistakes.

A book that explores the truth behind the stories of the making of our nation (National Public Radio), this revised edition of Founding Myths will be a welcome resource for anyone seeking to separate historical fact from fiction.

Ray Raphael has taught at a one-room public high school, Humboldt State University, and College of the Redwoods. His seventeen books include A People's History of the American Revolution, The First American Revolution, Founders, and Constitutional Myths (all available from The New Press). Currently a senior research fellow at Humboldt State University, he lives in northern California, where he hikes and kayaks.