Asylum and Sanctuary in History and Law: A Social and Political Approach to Temporary Protections Around the World (Paperback) 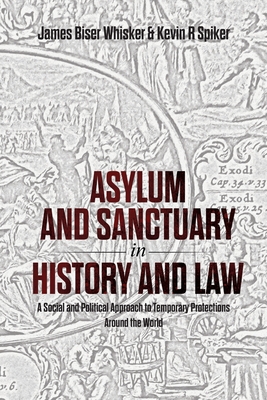 Asylum and Sanctuary in History and Law: A Social and Political Approach to Temporary Protections Around the World (Paperback)

This book explores the history and evolution of sanctuary and asylum as a legal concept including treaties, laws, and court rulings by major geographic areas around the world, influences of Hebrew Old Testament], classical sanctuary theory and practices, the Koran, and other Islamic-Arab regional accords and conventions. The authors' approach is well cited and suitable for those who want a good starting point for further study. Included in the book are chapters on the following topics: Sanctuary and Asylum, Jewish View of Asylum, Asylum History, Asylum in France, Asylum: History, Asylum in France, Asylum in Great Britain, Asylum in Germany, Asylum: Islamic Law, Asylum in International Treaties, Asylum in International Relations, Asylum in the United States, Asylum in the European Community, Asylum in Latin America, Asylum in Sub-Saharan Africa.