An Essay on the Foundations of Geometry (Paperback) 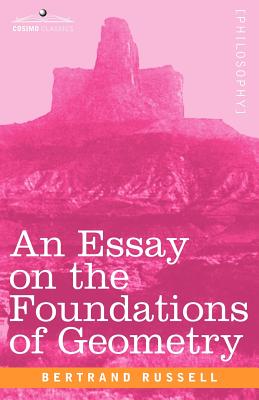 An Essay on the Foundations of Geometry (Paperback)


Not On Our Shelves—Ships in 1-5 Days
Bertrand Russell was a prolific writer, revolutionizing philosophy and doing extensive work in the study of logic. This, his first book on mathematics, was originally published in 1897 and later rejected by the author himself because it was unable to support Einstein's work in physics. This evolution makes An Essay on the Foundations of Geometry invaluable in understanding the progression of Russell's philosophical thinking. Despite his rejection of it, Essays continues to be a great work in logic and history, providing readers with an explanation for how Euclidean geometry was replaced by more advanced forms of math. British philosopher and mathematician BERTRAND ARTHUR WILLIAM RUSSELL (1872-1970) won the Nobel Prize for Literature in 1950. Among his many works are Why I Am Not a Christian (1927), Power: A New Social Analysis (1938), and My Philosophical Development (1959).