A Parcel of Rogues (Paperback) 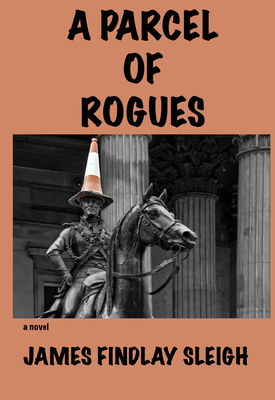 A Parcel of Rogues (Paperback)

A PARCEL OF ROGUES is a quirky, barbed comedy. Opportunistic and crafty, the main characters, Gourlay and McMinn, along with the herculean Big Red, become bumbling founding member of 'army' cells that they hope will bring about Scotland's independence from Great Britain. With Scottish independence in the air, the author takes a few jabs not only at Sassenach overlords, but at his ain folk, and suggests that the disputatious Scots are too busy arguing among themselves to deal effectively with their southern neighbours.

Coy about his age, Dr. Sleigh will only say that he hacked away at his novel (which began life as a series of short stories) for close to 60 years… As with his doctorate, which took him decades to earn through part-time study, he says, “Both demonstrate, if nothing else, that I’m thrawn (dogged).” Growing up in Rhodesia, Kent, Glasgow, and the Isle of Skye, he believes that what he lost in formal education, he gained by experiencing the values evident in disparate cultures. These days he splits his time between Skye and Canada living in the hope he will live to see Scotland free again!