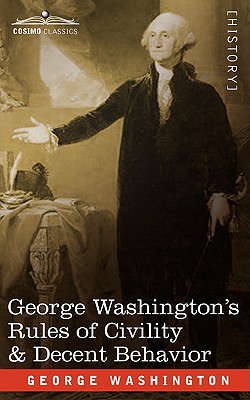 
Not On Our Shelves—Ships in 1-5 Days
He was an American Founding Father and the new nation's first president, but before that, GEORGE WASHINGTON (1732-1799) was an excruciatingly correct child with a passion for propriety. At the age of 14, he copied out 110 rules for elegant deportment from a work created by Jesuits in the 16th century as a guide for young gentleman of quality, and through these rules, which he took greatly to heart, we can see the beginnings of the man Washington would become taking shape. Though many of the rules deal with matters of etiquette--such as whom should rise for whom in mixed company--many others concern far deeper matters that touch on personal philosophies about judgment, honor, success, and conscience. As a peek into the manners of a bygone age, this is an intriguing work. As a peek into a great man in his formative years, this is an extraordinary one.