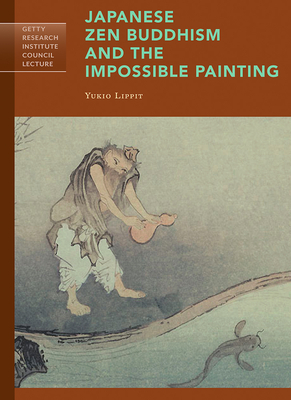 
Backordered
Zen art poses a conundrum. On the one hand, Zen Buddhism emphasizes the concept of emptiness, which among other things asserts that form is empty, that all phenomena in the world are illusory. On the other hand, a prodigious amount of artwork has been created in association with Zen thought and practice. A wide range of media, genres, expressive modes, and strategies of representation have been embraced to convey the idea of emptiness. Form has been used to express the essence of formlessness, and in Japan, this gave rise to a remarkable, highly diverse array of artworks and a tradition of self-negating art.

In this volume, Yukio Lippit explores the painting The Gourd and the Catfish (ca. 1413), widely considered one of the most iconic works of Japanese Zen art today. Its subject matter appears straightforward enough: a man standing on a bank holds a gourd in both hands, attempting to capture or pin down the catfish swimming in the stream below. This is an impossible task, a nonsensical act underscored by the awkwardness with which the figure struggles even to hold his gourd. But this impossibility is precisely the point.

Yukio Lippit is professor of history of art and architecture at Harvard University and the Johnson-Kulukundis Family Director of the Arts at the Radcliffe Institute for Advanced
Study.