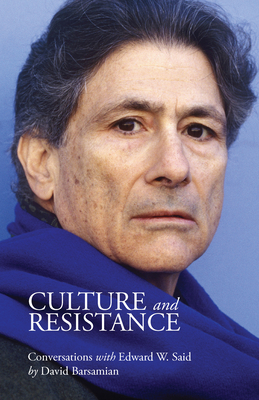 Edward W. Said discusses the importance and centrality of popular resistance in the framework of culture, history, and struggle. He reveals his thoughts on the war on terrorism and the invasion of Afghanistan. On the Israeli-Palestinian conflict, he lays out a compelling vision for a secular, democratic future in the Middle East. He proposes a radical solution that cuts through the current impasse with a promise of reconciliation and peace for both peoples. Prof. Said addresses the origins of Palestinian resistance and the collapse of the so-called peace process that has led to more and more Israeli colonies. He is unsparing in his criticism of Arafat and the PLO. He dissects the role of media propaganda and its golden rolodex of pseudo-experts in shaping public opinion.

Edward Said, internationally renowned Columbia University professor, practically invented the field of post-colonial studies. His great work, Orientalism has been translated into many languages and is widely used in colleges and universities. The New York Times called him, one of the most influential literary and cultural critics in the world. As one of the few advocates for Palestinian rights in the U.S., he was the target of vilification, death threats and vandalism. The Economist said he repudiated terrorism in all its forms and was a passionate, eloquent and persistent advocate for justice for the dispossessed Palestinians. He was a trenchant critic not just of Israeli policies, but also of Arafat, the corrupt coterie around him and the despotic Arab regimes. He felt strongly that intellectuals had a special responsibility to speak out against injustice, challenge power, confront hegemonic thinking and provide alternatives. His friend Noam Chomsky said of him, "Said was one of the most remarkable and influential intellectuals of the last half century. Much of his immense effort and talent was dedicated to overcoming the insularity, prejudice, self-righteousness, apologetics that are among the pathologies of power and defending the rights of the victims." His memoir Out of Place won the New Yorker Book of the Year Award. He published two books of interviews with David Barsamian, The Pen & the Sword and Culture & Resistance. Edward Said died in New York on September 25, 2003.