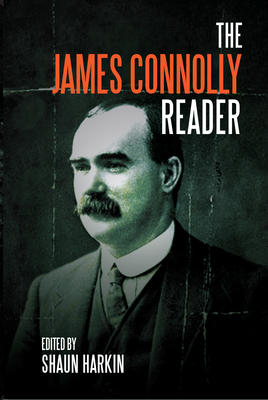 Considered by many Ireland's most important revolutionary, James Connolly devoted his life to struggles against exploitation, oppression, and imperialism. Active in workers' movements in the United States, Scotland, and Ireland, Connolly was a peerless organizer, sharp polemicist, and highly original thinker. His positions on the relationship between national liberation and socialism, revolution in colonized in colonized and under developed economies, and women's liberation in particular were often decades ahead of their time. This collection seeks to return Connolly to his proper place in Irish and global history, and to inspire activists, students, and those interested in history today with his vision of an Ireland and world free from militarism, injustice, and deprivation.

Shaun Harkin: Shaun Harkin is an activist and writer presently based in Derry City, Ireland. He is a member of the Irish Socialist Workers Party and the People Before Profit Alliance. He is a regular contributor to Socialist Worker (U.S.), the International Socialist Review, and? Socialist Worker (Ireland). James Connolly: James Connolly (1868 -1916) was an Irish republican and socialist leader, aligned to syndicalism and the Industrial Workers of the World. He became one of the leading Marxist theorists of his day. He was executed by a British firing squad because of his leadership role in the Easter Rising of 1916.