Challenging Pregnancy: A Journey through the Politics and Science of Healthcare in America (Paperback) 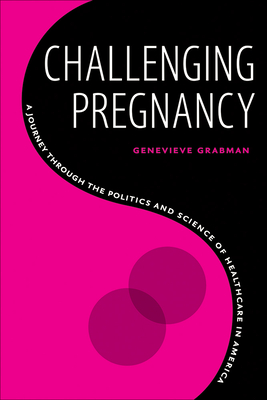 Challenging Pregnancy: A Journey through the Politics and Science of Healthcare in America (Paperback)


In Stock—Click for Locations
In Challenging Pregnancy, Genevieve Grabman recounts being pregnant with identical twins whose circulatory systems were connected in a rare condition called twin-to-twin transfusion syndrome. Doctors couldn’t “unfuse” the fetuses because one twin also had several other confounding problems: selective intrauterine growth restriction, a two-vessel umbilical cord, a marginal cord insertion, and, possibly, a parasitic triplet.

Ultimately, national anti-abortion politics—not medicine or her own choices—determined the outcome of Grabman’s pregnancy. At every juncture, anti-abortion politics limited the care available to her, the doctors and hospitals willing to treat her, the tools doctors could use, and the words her doctors could say. Although she asked for aggressive treatment to save at least one baby, hospital ethics boards blocked all able doctors from helping her.

Challenging Pregnancy is about Grabman’s harrowing pregnancy and the science and politics of maternal healthcare in the United States, where every person must self-advocate for the desired outcome of their own pregnancy.

Genevieve Grabman is a policy and communications lead at the United Nations High Commissioner for Refugees. She previously served as director of Government Relations for Physicians for Reproductive Health. An attorney, she has worked for the World Health Organization and the Pan American Health Organization. Grabman is author of The Technology Takers: Leading Change in the Digital Era. She lives in Washington, DC.
“A compelling read that educates the reader and exposes the harms caused when our medical system treats women like vessels.”—Julie F. Kay, coauthor, Controlling Women: What We Must Do Now to Save Reproductive Freedom

“Challenging Pregnancy interweaves the story of one very complicated pregnancy with the political environment that determined its course. Readers will not only see the overriding political concerns but also the personal turmoil. It is a reminder there is a story behind every ‘case’ and each of these stories hold value, meaning, and can change the way we view the world.”—Kathryn Marko, M.D., FACOG, George Washington University