The Death of Fidel Perez (Hardcover) 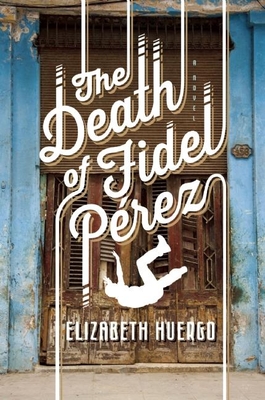 The Death of Fidel Perez (Hardcover)


Not On Our Shelves—Ships in 1-5 Days
On July 26, 2003, the 50th anniversary of the Moncada Army Barracks raid in Santiago de Cuba, something unexpected happens. When Fidel P rez and his brother accidentally tumble to their deaths from their Havana balcony, the neighbors' outcry, "Fidel has fallen," is misinterpreted by those who hear it. The misinformation quickly ripples outward, and it reawakens the city. Three Cubans in particular are affected by the news--an elderly vagrant Saturnina, Professor Pedro Valle, and his student Camilo--all haunted by the past and now forced to confront a new future, perhaps another revolution. Their stories are beautifully intertwined as they converge in the frantic crowd that gathers in La Plaza de la Revoluci n. By turns humorous and deeply poignant, The Death of Fidel P rez reflects on the broken promises of the Cuban Revolution and reveals the heart of a people with a long collective memory.

Elizabeth M. Huergo was born in Havana, Cuba and came to the United States as a child as a political refugee. She teaches literature and creative writing at Montgomery College (Maryland). Her poetry and fiction have been published and anthologized by Lost Horse Press, Live Wire Press, Paycock Press, Potomac Review, and Natural Bridge. This is her first novel.

"There is an erudition of language and a wealth of dramatized history in this novel. Both a portrait of the realities of the revolution and a speculative fiction as to what has happened to the Cuban soul with the event of Fidel Castro's rise andin this scenariowhat may well happen with his passing, The Death of Fidel Pérez will reward both a general audience looking for a lively read and the discerning reader who truly cares about literature: in short, a heartfelt and well-written novel, with a provocative premise...." Oscar Hijuelos