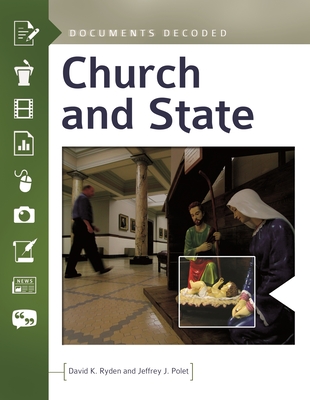 The First Amendment to the Constitution of the United States declares that Congress shall make no law respecting an establishment of religion, or prohibiting the free exercise thereof. The Establishment Clause, meanwhile, declares a position of neutrality not only between differing religions, but between religious and nonreligious beliefs. The terms of the Free Exercise Clause, however, provide special protections to religious belief and practice. Thus the provisions of the two clauses can clash. In fact, differing political and legal interpretations of these clauses have resulted in some of the most hard-fought and contentious philosophical battles in American history.

This book provides readers with convenient access to pertinent documents and court cases that enables a deeper understanding of the past and current balance between church and state and its political implications in the 21st century. The expert commentary that accompanies these key documents serves to elucidate how interpretation of the U.S. Constitution affects issues such as whether public funds or other public support should go to religious-based schools or hospitals; how to safeguard individuals' rights to religious expression while also considering how individuals should not be forced to participate in mandatory religious expressions in public institutions; and how the language regarding separation of church and state came about, when this phrase does not appear anywhere in the Constitution.