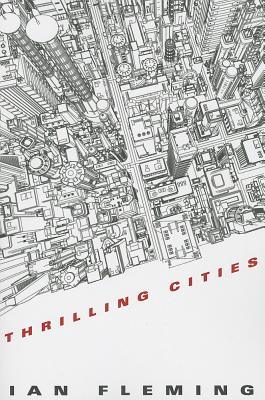 Ian Fleming's world travels, interests, as well as his journalism and wartime experiences, lent authority to everything he wrote. In 1959, the Sunday Times commissioned Fleming to write a series of dispatches from the world's most beguiling locales. The result was Thrilling Cities, a masterpiece of well-observed travelogue that stands ably alongside the author's Bond canon.

Here are Fleming's highly personal observations of fourteen cities across Europe, Asia, and North America--from Vienna to Hong Kong to Chicago. At each stop, Fleming casts the guidebook aside, taking readers on an insider's tour of everything from a Tokyo geisha house led by the world's most beautiful women to a packed Las Vegas casino where fortunes ride on a roll of the dice, and beyond.

Just like his most famous fictional creation, Ian Fleming was a well-traveled man of the world who knew where to go to find excitement, adventure...and danger. In Thrilling Cities, he takes us along on a journey of international intrigue worthy of James Bond.

Originally published in 1963, this edition restores the original observations, maps, and language used at that time.

The text in this edition has been restored by the Fleming family company Ian Fleming Publications, to reflect the work as it was originally published.