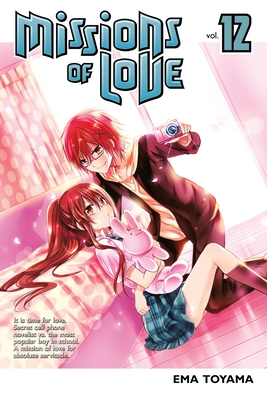 This is book number 12 in the Missions of Love series.

When Yukina goes to Shigure's house to apologize, her attempts are thwarted by the appearance of Shigure's brother Hisame! This twisted sibling will do anything to discredit his brother and torment his beloved Mami, but what is he plotting this time? Meanwhile, Yukina and Akira are technically still a couple...

Includes special extras after the story!
Ema Toyama is a female Japanese manga artist. She made her debut in September 2003 in the monthly manga magazine Nakayoshi with her story, Tenshi no Tamago, which was published in the U.S. under the title Pixie Pop. Her other title published in the U.S. is Kodansha Comics' I Am Here. Almost all of her works are published by Kodansha.