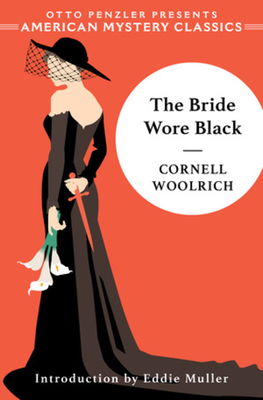 A police detective seeks the rationale between seemingly-unrelated murders, connected only by the appearance of a beautiful woman each time

When the wealthy ladies’ man fell from his balcony in the midst of his engagement party, the police dismissed the death as the result of a freak accident. There was nothing to connect it with the poisoning of a lonely man in his squalid apartment, or with the married business-man killed after him, sealed into a closet and left to suffocate. No connection, that is, aside from the appearance of a beautiful woman in each case, just before the victims met their untimely ends.

Nobody knows her identity, where she comes from or whither she goes. Nor do they know why anyone would be targeting this series of seemingly-unrelated persons. But one police detective is convinced that the answers to these questions can save the lives of men who might be next on the list, men who will continue to die at a rapid rate unless he can solve the puzzle and intervene.

Cornell Woolrich’s first crime novel, The Bride Wore Black is the stylish, tense thriller that launched the career of “the supreme master of suspense” (New York Times). It was filmed by Francois Truffaut under the same title, and went on to inspire Quentin Tarantino’s Kill Bill movies.

Born George Hopley-Woolrich, Cornell Woolrich (1903–1968) is the pen name most often employed by one of America’s best crime and noir writers, whose other pseudonyms included George Hopley and William Irish, the moniker under which Waltz into Darkness was first published. His novels were among the first to employ the atmosphere, outlook, and impending sense of doom that came to be characterized as noir, and inspired some of the most famous films of the period, including Alfred Hitchcock’s Rear Window, Francois Truffaut’s The Bride Wore Black, The Phantom Lady, and celebrated B-movies such as The Leopard Man and Black Angel.

Eddie Muller, "The Czar of Noir," is the founder and president of the Film Noir Foundation, and provides commentary for noir films and specials on Turner Classic Movies. He created his own graphics firm, St. Francis Studio, and is the author of Grindhouse, Dark City Dames, and Dark City. He lives in the San Francisco Bay Area.
Of all the authors whose forte was turning our spines to columns of ice, the supreme master of the art, the Hitchcock of the written word, was Cornell Woolrich.
— Believer Magazine

The ending, with its devastating revelation of what’s behind the homicides, is as bleak as anything Woolrich ever wrote. Kudos to the American Mystery Classics series for making this top-notch noir available to a new audience.
— Publishers Weekly

The Bride Wore Black is a delightfully dark pioneer noir novel from 1940 that still feels innovative and keeps readers off-balance without being off-putting.
— Shelf Awareness

The writing of Cornell Woolrich goes through you like a shriek in the night.
— Dorothy Salisbury Davis, MWA Grandmaster