The Wild Life: A Joe the Bouncer Novel (Hardcover) 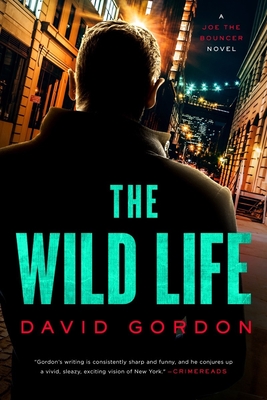 The Wild Life: A Joe the Bouncer Novel (Hardcover)

Expulsed Harvard student and ex-Special Forces operative suffering post-traumatic stress syndrome so severe that it turned him to drug and alcohol abuse, Joe Brody is getting his life back together, living with his grandmother in Queens and taking what should be a simple job as a bouncer at a strip club where he can spend most of his night reading the classics. The only catch is that his childhood friend Gio Caprisi, now head of New York’s Italian Mafia, relies on Joe’s extra-legal expertise when things get particularly nasty on the streets — where, in an agreement between Gio and the rest of the city’s biggest crime syndicates, it’s understood that Joe is the sheriff for an industry that doesn’t call the cops.

Most recently, New York’s criminal underworld has been shaken by the disappearance of its most successful and desirable call girls, vanishing one by one from the brothels where they’re employed. As a pattern emerges, what might otherwise appear to be a choice to pursue a new life comes to resemble something more troublesome — the work of a serial kidnapper — and when a woman turns up dead, the hunt for the predator behind it all becomes even more urgent.

To find the killer, Joe will have to plunge into the seediest fringes of Manhattan and its surrounding boroughs, populated with memorable characters that add humor and heart to this fast-paced caper. There is still sleaze behind the pristine veneer of 21st century New York, and Gordon, whose writing is often compared to Donald E. Westlake and Elmore Leonard, knows all the best places to find it.

David Gordon was born in New York City. His first novel, "The Serialist," won the VCU/Cabell First Novel Award and was a finalist for an Edgar Award. It was also made into a major motion picture in Japan. His work has also appeared in The Paris Review, The New York Times, Purple, and Fence, among other publications.
Rollicking [...] In the caper tradition popularized by Donald E. Westlake and Lawrence Block, Gordon uses humor to good effect. The parking lot fight in which Joe uses a copy of Ulysses to beat up a pair of thugs, no doubt a literary first, and his attempt to teach a self-defense class at a local community center are particularly amusing. The character-driven plot contains quite a large cast, but each member has an important role to play. Delightful misadventures include a wild chase on a yellow-and-orange Ducati motorcycle and a luxury car heist. Gordon’s found his groove in this one.
— Publishers Weekly

Watching Donna and Joe compete, unwittingly, to solve the same case brings a novel and zany twist to the old game of cops and robbers. One wild ride.
— Kirkus

The series has an alternate world appeal not unlike John Wick, but run through with a deep appreciation for classic literature—and classic crime fiction in the Donald Westlake and Lawrence Block mold. It’s not to be missed.
— CrimeReads