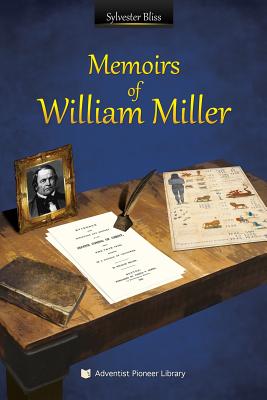 
Not On Our Shelves—Ships in 1-5 Days
(This book cannot be returned.)
William Miller was a leader in the great Advent movement that swept America in the 1830s and 1840s. Altough he was a farmer, he spent much time studying God's word. In his study, he came to the amazing conclusion that Christ was coming back to Earth in but a few years. Being strongly impressed by God that he was to go and "tell it to the world," Miller, after a long resistance, finally yielded and accepted an invitation to preach what he was studying. This was for him a new experience, but it had such a powerful effect on the people that a great movement begun all over America and around the world, by which people came to know that Christ's return was "even at the doors" (Mat. 24:33). In this book, Sylvester Bliss recalls several facts and heart-warming stories about Miller's life and work. The reader will feel the impetus and force of the message that was carried into every missionary station of the world. What a comfort it is to understand and verify that God's hand was in this movement. One will have but an incomplete experience without becoming acquainted with the early efforts in this great Advent movement. We must review our history, so that our faith can become strong by contemplating the providences of God and His teaching in our past history regarding Christ's soon coming.